With our team of experienced photographers, videographers, and graphic designers, we've got you covered from capturing your event on film, to brand-forward video production and event branding and creative. We'll make the process simple and seamless from creative brief to final retouching.

Take a more detailed look at our in-person services

We used London Filmed for an event in Canary Wharf and I highly recommend this company for filming requirements. Their work at this event included filming a presentation, panel discussion and creating a highlights video. The team we’re incredibly attentive, responsive and patient, especially with the post-production work. We also held a pre-event briefing with the team which instilled plenty of confidence in their ability to produce great content for us.

This is the second year we have used London Filmed to shoot our one day conference. They were well organized and professional throughout and produced high quality content. We will continue to use their services for our conferences as well as other projects. 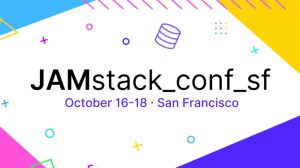 Communicative, talented and highly professional. I’ve been running events requiring some element of videography for over a decade now and would not hesitate in recommending London Filmed. They accommodated last minute requests and adjustments of scope without breaking a sweat. Will be using for future events without question.

The London Filmed team are great to work with – they produce great results with a quick turnaround, and are flexible and easy to work with throughout the process, from filming to editing. They use a digital platform which makes the process of feeding in on editing incredibly easy. I can wholeheartedly recommend them for event video content.

London Filmed were incredibly professional and communicated well leading up to the event, putting any worries we have to rest.

We hired London Filmed to take care of our venue and event photography and video – the results have been outstanding. London Filmed really know how to work to a specific brief; working closely with us to make sure our spectacular cinemas and events are captured in all their glory!

We hired London Filmed for our corporate party – the team did a great job, quick to respond and easy to work with. 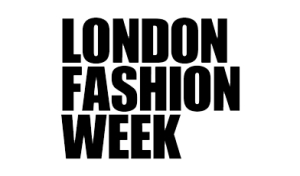 Fantastic, professional service. In a busy backstage atmosphere it would be easy to get in the way of all of the chaos, however the team were great. No-one noticed they were there and the material we were left with, post show, was amazing. The editing process was just as professional and they listened to everything we said we required.

London Filmed were a very efficient and effective agency in supplying a social live streaming service that catered for our needs. The team were a pleasure to deal with and would thoroughly recommend to anyone looking to get their brand up on social.

We have used London Filmed to Livestream our events on a number of occasions and they are great to work with. They make everything really straightforward and it’s reassuring to know they have everything in hand so that I can focus on all other areas of the event.

The London Filmed team were exceptional with their live streaming delivery. They added another layer to our event and put our team at ease through their reliability and professionalism. We were able to focus on our event whilst the team set-up and ran the live streaming. We highly recommended London Filmed!